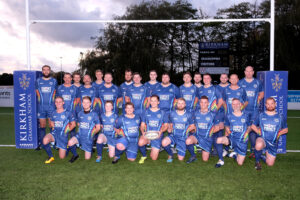 Back in 2019, Terry (one of or fabulous retailers) mentioned that he had just started playing rugby for Lancashire’s first and only inclusive team and would we be interested in any form of sponsorship to help promote our brand and help the team.

Now, being Cardiff born and bred, I always thought I was much better at playing rugby than I actually was and always waited by the phone on Wales International days in case (more in hope) the call came. Alas, I am still waiting and had to hang up my boots due to injury many years ago but the whole concept of an inclusive team intrigued us and we definitely wanted to know more.

We went along to meet the members and we were hooked straight away. Gay, straight, trans, old, young, experienced or a newbie to rugby mattered not. What WAS important was the love for the game. We learned that many of the members had felt unable to join a non-inclusive team due to fears surrounding sexuality, body image, the male team drinking culture or simply feeling unable to fit in which was shocking. The Typhoons remit is to provide a safe place where anyone can be anyone irrespective of gender or sexuality and to nurture and encourage people to be and do their very best.

Our proudest moment is when each of this team pulls on a shirt bearing our little logo on the front. We’re proud beyond belief to see a team that, at first just turned up, to now believing that they can actually win games. We’ve been told privately that being members of the team has changed and saved lives – people have grown in stature and confidence and are doing things they never thought possible like playing for traditional teams and being accepted. I’ll say that again – being accepted. Yes, there’s a long way to go, but don’t think an inclusive team is just a soft version of a standard team. These teams hit hard and there are some real grudge matches so if you have any pre-conceptions that it’s all fluffy then you’d be mistaken.

I’m afraid I get very excited and I’m very vocal in support (much to Mrs NP’s ire – she spends her time moving gradually away from me during the game) and the entire team is known as #teamjason as I do find it difficult to distinguish who’s who at times.

The Typhoons are truly inclusive in that they have a mixed-touch team that encourages everyone to take part and is open to women (and they have offered me a game but I think that’s only to tick the geriatric box for inclusivity), too and the growing membership proves that Inclusive teams are here to stay.

Follow the Typhoons on Twitter and Facebook or just turn up on Thursday evenings for Union or Friday evenings for Touch training at Preston Grasshoppers or give us a call and we’ll put you in touch (sorry about the pun). 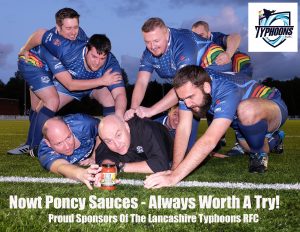 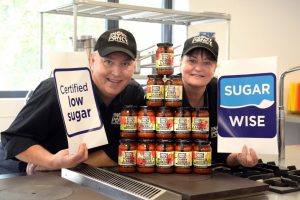 View all our products in our online shop

This website uses cookies to improve your experience while you navigate through the website. Out of these cookies, the cookies that are categorized as necessary are stored on your browser as they are essential for the working of basic functionalities of the website. We also use third-party cookies that help us analyze and understand how you use this website. These cookies will be stored in your browser only with your consent. You also have the option to opt-out of these cookies. But opting out of some of these cookies may have an effect on your browsing experience.
Necessary Always Enabled
Necessary cookies are absolutely essential for the website to function properly. This category only includes cookies that ensures basic functionalities and security features of the website. These cookies do not store any personal information.
Non-necessary
Any cookies that may not be particularly necessary for the website to function and is used specifically to collect user personal data via analytics, ads, other embedded contents are termed as non-necessary cookies. It is mandatory to procure user consent prior to running these cookies on your website.
SAVE & ACCEPT